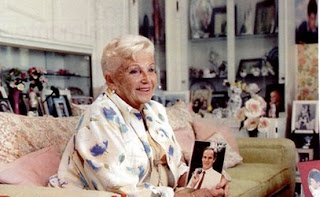 The Monegasque Princely Family seems to have no shortage of colorful characters among its ranks and one that certainly stands out is Princess Antoinette, rather like the last member of the old guard of Monaco. The sister of Prince Rainier III, Antoinette has been cast as ambitious schemer, potential usurper, outcast, crazy old aunt and finally accepted member of the family in recent years. As with most of the Grimaldis there is a great deal of rumor and gossip surrounding her life but enough is known for sure to know that she has led an extremely interesting life full of intrigue and family politics. It would not be much of an exaggeration to say that Princess Antoinette could have had her life story produced as a daytime soap opera.

She was born Antoinette Louise Alberte Suzanne Grimaldi on December 28, 1920 in Paris to Prince Pierre, Duke of Valentinois and Princess Charlotte, Duchess of Valentinois. She grew up in an odd position, first with the controversy over the succession and then with her brother taking center stage as the Hereditary Prince during World War II. It was also during that period that she began a relationship with the Monegasque tennis star Alexandre-Athenase Noghes by whom she had three children; Elisabeth Anne born in 1947, Christian Louis Baron de Massy born in 1949 and Christine Alix born in 1951 and her life only became more controversial from there.

In December of 1951, after the birth of Christine, Alexandre and Princess Antoinette were married in a civil ceremony in Genoa but the marriage only lasted until 1954. Following this Princess Antoinette started to gain her unsavory reputation as an ambitious and meddling plotter. While her brother Prince Rainier was in a relationship with the French actress Gisele Pascal she spread rumors (later proven untrue) that the girl was infertile and thus an unacceptable consort for Rainier who needed an heir to keep Monaco independent of France. Because of this she was widely blamed for the breakup of the relationship. At this time Princess Antoinette was having an affair with Jean-Charles Rey and they were accused of plotting something of a palace coup in which they would depose Rainier III and Princess Antoinette would take the Monegasque throne on the grounds that she had a son and heir who could maintain the independence of the principality. Needless to say this hair-brained scheme (if genuine) was unsuccessful.

Princess Antoinette may have blamed the failure on Princess Grace who her brother married after a whirlwind courtship. Rumors spread (denied by the palace) that she had been checked out previously as to her fertility and quickly gave Monaco an heir, thus ending any realistic hopes for Princess Antoinette to achieve the throne. Considering all of this, the fact that Rainier tolerated his sister at all was an act of great restraint, however, rumors soon spread that the meddling sister was causing problems for Rainier and Grace and Princess Grace finally had her thrown out of the Princely Palace. Rainier III, because of all of her scheming, had his sister effectively banished from Monaco and the two branches of the family had little to nothing to do with each other for quite some time. Her son Christian, however, later wrote that Princess Grace was extremely kind to him and would always make time for him at the palace during the many ups and downs in his own private life.

Jean-Charles Rey and Princess Antoinette were married in 1961 but the two never had any children and divorced in 1974. Kept away from the Princely Palace in Monaco, Princess Antoinette went from having the reputation of an ambitious schemer to that of a colorful but beloved, old aunt. She lived mostly in Eze on the coast with a large collection of dogs and cats with rumors from her servants occasionally slipping out about her bizarre behavior. In 1983 she married the English ballet dancer John Gilpin but this match did not last long either as he died only six weeks later. Thankfully, over the years there seems to have been a slow reconciliation among the family and Princess Antoinette has attended family functions. She lost her succession rights upon the death of her brother and the succession of Prince Albert II. Over the years Princess Antoinette became a familiar figure at a number of Monegasque social events. She founded a women's organization for Monaco and was extremely active in the area of animal rights and the prevention of animal cruelty. She was a regular star every year at the St Francis Day blessing of pets.

Past problems or rumors of such were put aside and forgotten as the two branches of the family presented a united front, Prince Albert escorting his aunt to the annual Rose Ball and some other parties and Antoinette's grandchildren appearing on the balcony of the palace on national day. From her rebel past Princess Antoinette had grown into the position of beloved family matriarch. Eventually, time began to tell and the Princess began suffering from osteoporosis and possibly pancreatic cancer. On March 18, 2011, at the age of 90, she passed away at the Princess Grace Hospital in Monaco, beloved by her family and very well regarded. Her departure was, truly, the end of an era.
Posted by MadMonarchist at 12:32 AM