Charles I, Lord of Monaco 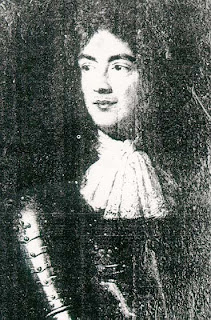 Charles I, Lord of Monaco occupied “the Rock” on September 12, 1331. Most historians consider him the effective founder of the Principality of Monaco under the House of Grimaldi. Like his father, Rainier I, and his son Rainier II, Charles was a famous seafaring adventurer and had a place of prominence at the court of the King of France and the Count of Provence. Charles I was the son of Lord Rainier I and his first wife Salvatica del Carretto. On April 10, 1301 “the Rock” of Monaco was occupied by the forces of the Republic of Genoa which they would retain for thirty years until Charles took it back, ruling the coastal enclave for the rest of his life. In 1336 a Monegasque fleet sailed east and plundered the commercial shipping of Venice capturing vessels off the coasts of Syria and Egypt.

Pope Benedict XII intervened on behalf of Venice and called upon King Robert of Naples to keep the Monegasque under control. The King, who was also Lord of Provence, had to admit that he had no control or sovereignty over Monaco and thus history was given the first mention of Monegasque independence. By that time Genoa had tired of the continuous feud between the Guelfs and Ghibellines and an “outsider” candidate was elected Doge who stopped pressing the fight against the House of Grimaldi. The naval forces of Genoa and Monaco then allied to assist the French in the Hundred Years War against King Edward III of England. These ships, assisted by some French vessels, captured Portsmouth without firing a shot as the English fleet was engaged supporting the transport and supply of the English forces to Flanders.

Charles Grimaldi and Anthony Doria then appeared off Southampton spurred on by the promise of reward from the French admiral to whoever could penetrate the English defenses first. It was October 5, 1338 and the French, Genoese and Monegasque forces captured and pillaged Southampton and by the time English reinforcements arrived the ships of Monaco and her allies had already sailed away loaded down with loot. At sea they met up with the King of Scotland, David Bruce or David II, and escorted him to France where he sought an alliance with the French. For a time the French and her allies were masters of the Channel and there was ambitious talk of invading England but squabbling and the disapproval of the Pope meant that the grand scheme came to nothing.

In the meantime Charles of Monaco and the allied naval forces continued to raid and harass the English coast, even cutting off the ears and fingers of some victims which they displayed back in Calais. It was not behavior to be proud of and only infuriated Edward III in his own invasion of France. However, the Guelf and Ghibelline rivalry did not die easily and when some discontented Genoese tried to set up their own republic (even their own Doge) in Boulogne-sur-Mer the Monegasque fought against them in what was a transplanted feud in northern France of the Genoa-Monaco rivalry that was going on in the south. The French were occupied with other issues such as sending Charles I to attack the English fishing fleet which was a primary source of experienced manpower for the English war galleys. He attacked on September 8, 1339 but stormy seas robbed him of many prizes.

The Monegasque and Genoese fleets were then sent back to the Mediterranean to secure French shipping in that area, just in the nick of time as things turned out. When an English fleet all but destroyed the French naval forces the King called on Charles of Monaco for help. Twenty good war galleys made it through the Straights of Gibraltar in Winter to aid the French, assisting in the siege of Chateaureaux and the capture of Nantes. The Monegasque held their own against the English but Charles I was eventually forced to start over and raise another fleet. Thirty-two galleys and 7,000 men were assembled but were slow to reach the main theater of operations. King Edward III was able to get his own fleet and invasion army across to France before Charles could do anything about it. The scene was set for the epic battle of Crecy, one of the most significant battles of the Hundred Years war.

On August 26, 1346 the combined forces of the two sides met and in the front line of the French allied army was a Charles I of Monaco with his corps of crossbowmen alongside those of Anthony Doria of Genoa. They were worn out from heavy marching and the strings on the crossbows were wet while the English long bowmen had kept their own dry. The Monegasque arrows fell short while the English arrows decimated the French ranks. The King of France angrily ordered his cavalry to ride over the Genoese line, part punishment as well as attack, but the English arrows cut them down as well and the battle ended in a gallant but stupendous defeat for the French. Charles I himself was badly wounded and left for dead on the field yet, the tough adventurer survived. As the English moved on to besiege Calais the Monegasque fleet under Charles’ son Rainier II, arrived in 1355 to assist the French with 24 galleys and 6,000 crossbowmen.

When Charles I was not fighting the English he greatly expanded the territory of Monaco by purchasing the lordships of Menton and Roquebrune from Nicholas Spinola for a rumored price of 1,280 gold florins taken from the looting of Southampton. These lands were to remain part of the Principality of Monaco until 1861. He also bought the lordships of Castillon and Eze from what was then Provence. However, his fighting prime past him, Charles I began to look to the future and provided that after his death Monaco should be governed jointly by his sons Rainier II, Gabriel and his uncle Antonio. Charles I had earlier married Lucchina Spinola, daughter of Lord Girardo Spinola of Dertonne by whom he had eight children; Louis, Rainier II, Francis, Gabriel, Charles, Lancelot, Ruffus and Anastasia. He died on August 15, 1357. The conquering forces of Genoa would return after his death but following the joint rulership his son Louis would govern after his brothers and great uncle in his turn.

Posted by MadMonarchist at 1:29 AM

Email ThisBlogThis!Share to TwitterShare to FacebookShare to Pinterest
Labels: Charles I, Grimaldi, sovereign