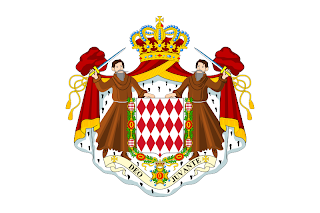 Monaco is an independent, sovereign state; the second smallest in the world (only the State of Vatican City is smaller) and is a protectorate of the French Republic. Until 2002 the Minister of State (head of government under the Prince) was always a French citizen chosen by the Prince from among a list of candidates presented to him by the French government. Also, prior to 2002, had the House of Grimaldi died out the French would have taken control of Monaco but changes made in that year ensured the continued independence of Monaco regardless of whether or not the Sovereign Prince has heirs or not. The primary industry of Monaco is tourism due to its scenic beauty and the world famous casinos of Monte Carlo. Monaco is also known for hosting a number of sporting events and is also known as a tax haven as Monaco has absolutely no personal income taxes. Monaco is also a focus of oceanographic research, environmental protection and the arts.

Most of the residents of Monaco are French with the native Monegasques being a minority in their own country. It is also one of the most heavily populated countries in the world because of its small size, popularity and status as a tax haven. A considerable part of the population is a mixture of people from all over the world of various origins and nationalities, making Monaco one of the most cosmopolitan places on earth. The government consists of a four-member Council of Government presided over by the Minister of State all under the authority of the Sovereign Prince who is head of state. Monaco became independent under the Grimaldi family in 1297 and has been a constitutional monarchy since 1911.

As a French protectorate it is up to France to oversee the defense of Monaco, however, the country does have a large police force and an armed civil defense corps. There is no navy or air force but at least a token army which consists of the Prince's Company of Carabiniers. These are the troops which guard the Princely Palace. The men are mostly natives of Monaco while the officers generally come from the French army. They are always on duty and visitors can see the changing of the guard every day at noon. They were first formed in 1817 by Prince Honore IV and today consist of about a hundred men plus a military band. In the 19th Century, following the fall of the Papal States, there was also a company known as the "Papalins" made up of former soldiers of the Papal Army who were given a place of service in Monaco. The Sovereign Prince is the Commander-in-Chief.