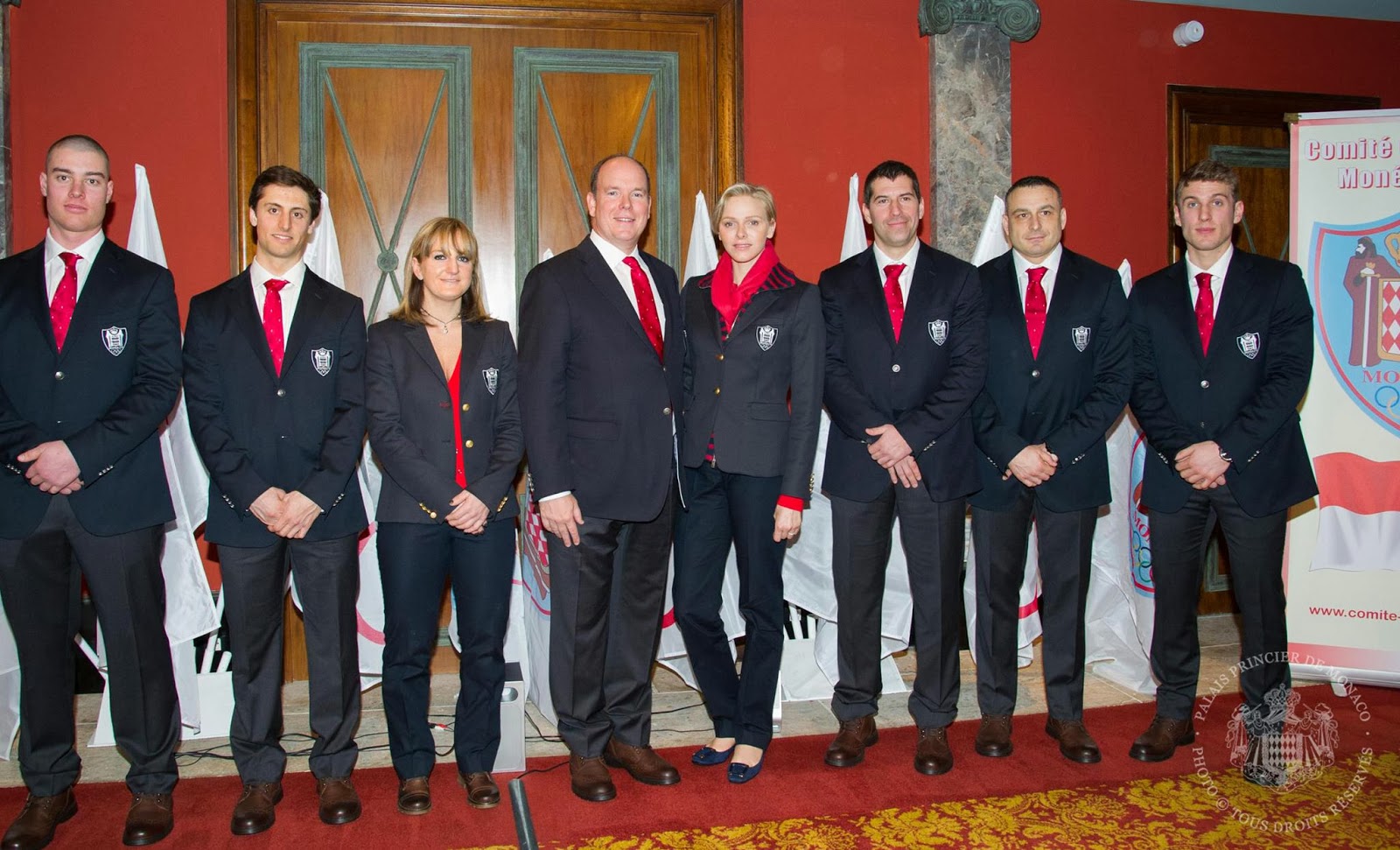 Their Serene Highnesses Prince Albert II and Princess Charlene, both former Olympians themselves, attended a special 'send-off' event for the Monegasque Olympic Team that will shortly be heading to the 2014 Winter Olympic Games in Sochi, Russia. Wish them the best!
Posted by MadMonarchist at 12:33 PM No comments:

Email ThisBlogThis!Share to TwitterShare to FacebookShare to Pinterest
Labels: albert and charlene, Olympics

Today is the feast day of St Devote, patron saint of Monaco and the House of Grimaldi. The celebrations are already underway and TSH Prince Albert II and Princess Charlene participated in the traditional boat burning which is done in commemoration of the historic tradition that a thief had his boat burned after trying to steal the relics of St Devote. 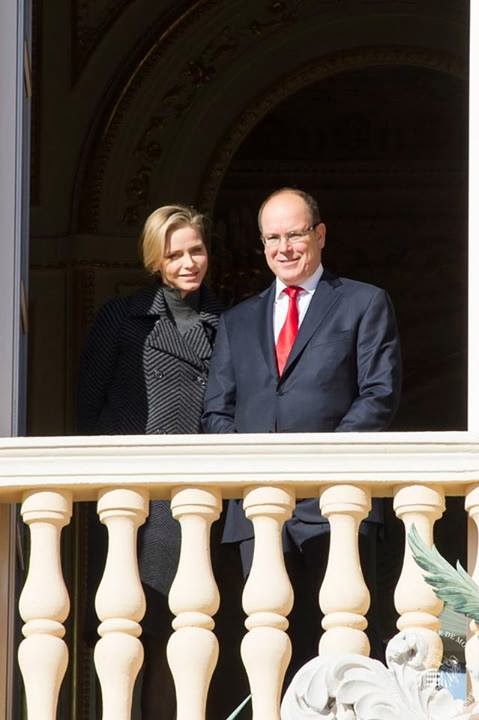 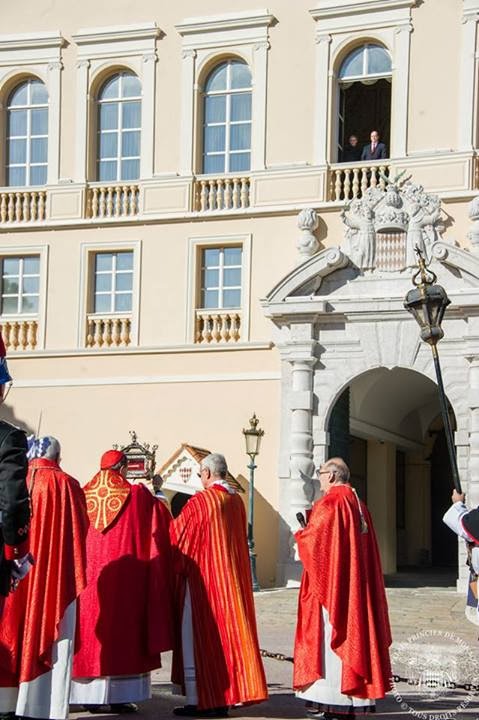 St Devote, pray for us, pray for Monaco and pray for the House of Grimaldi
Posted by MadMonarchist at 12:45 AM No comments: 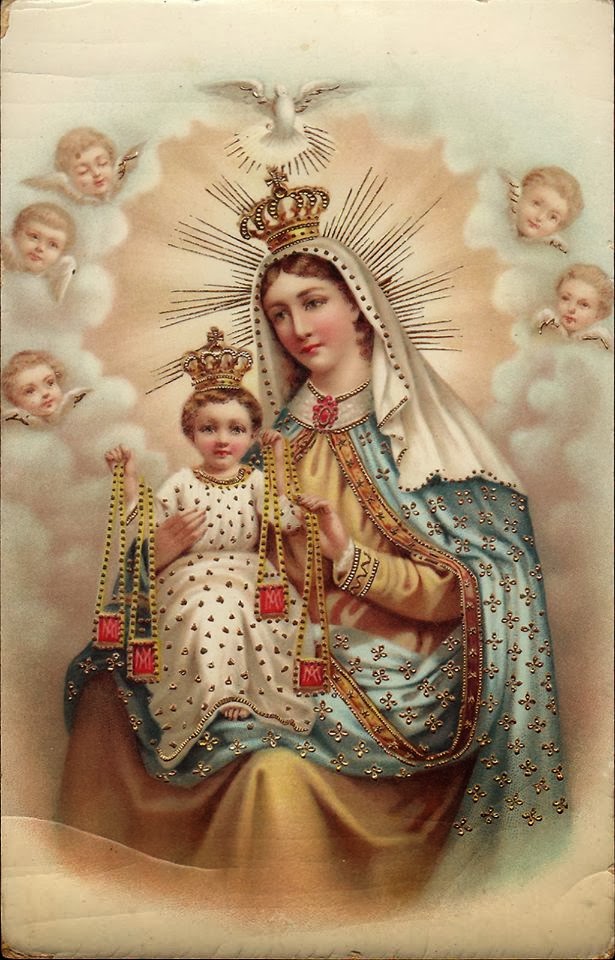 It is simply a fact that most do not immediately think of the Principality of Monaco as a very "religious" country. However, if you look past the glitz and glamour, the gaming tables and luxury yachts, it remains an officially Catholic country and one of the last officially Catholic monarchies in the world. Today, in the United States, pro-life advocates are holding their annual pro-life march in Washington DC, marking the day when abortion became legal. Those who believe in the right to life will be happy to know that, despite some unfortunate changes, Monaco remains a strongly pro-life country. For most of Monegasque history, of course, this was taken for granted. However, in became explicit thanks to HSH Prince Rainier III who suspended the constitution in 1959 in order to re-work things. When the new constitution was enacted in 1962 the Prince saw to it that it made abortion absolutely illegal in Monaco for any reason. Obviously, being surrounded by France (rarely more than a short walk away) anyone wanting an abortion could easily obtain one, but this was a matter of principle for the staunchly Catholic Prince who believed in the right to life. The "unfortunate" part came in 2009 when this law was amended to allow for abortion in extreme cases such rape, fetal illness/deformity or if the life of the mother is imperiled. I would not be surprised if that was not done with some EU pressure, but that is just my opinion. In any event, even with that amendment, Monaco still remains one of the most pro-life countries in Europe (or the world for that matter) and HSH Prince Albert II has also given his support to the study of adult stem cells for medical research, encouraging this in a way that does not require the destruction of human embryos. A very noble activity.
Posted by MadMonarchist at 2:11 PM No comments:

Post by Palais Princier de Monaco - Prince's Palace of Monaco (Official).
Posted by MadMonarchist at 9:28 AM No comments: