Prince Albert at the Olympics 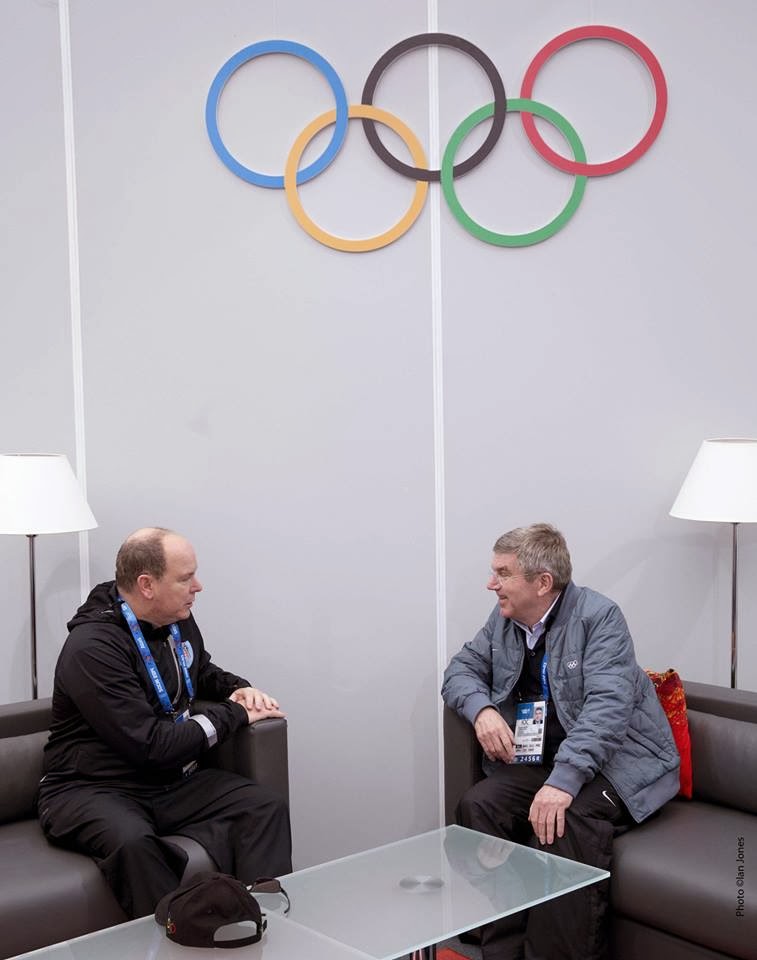 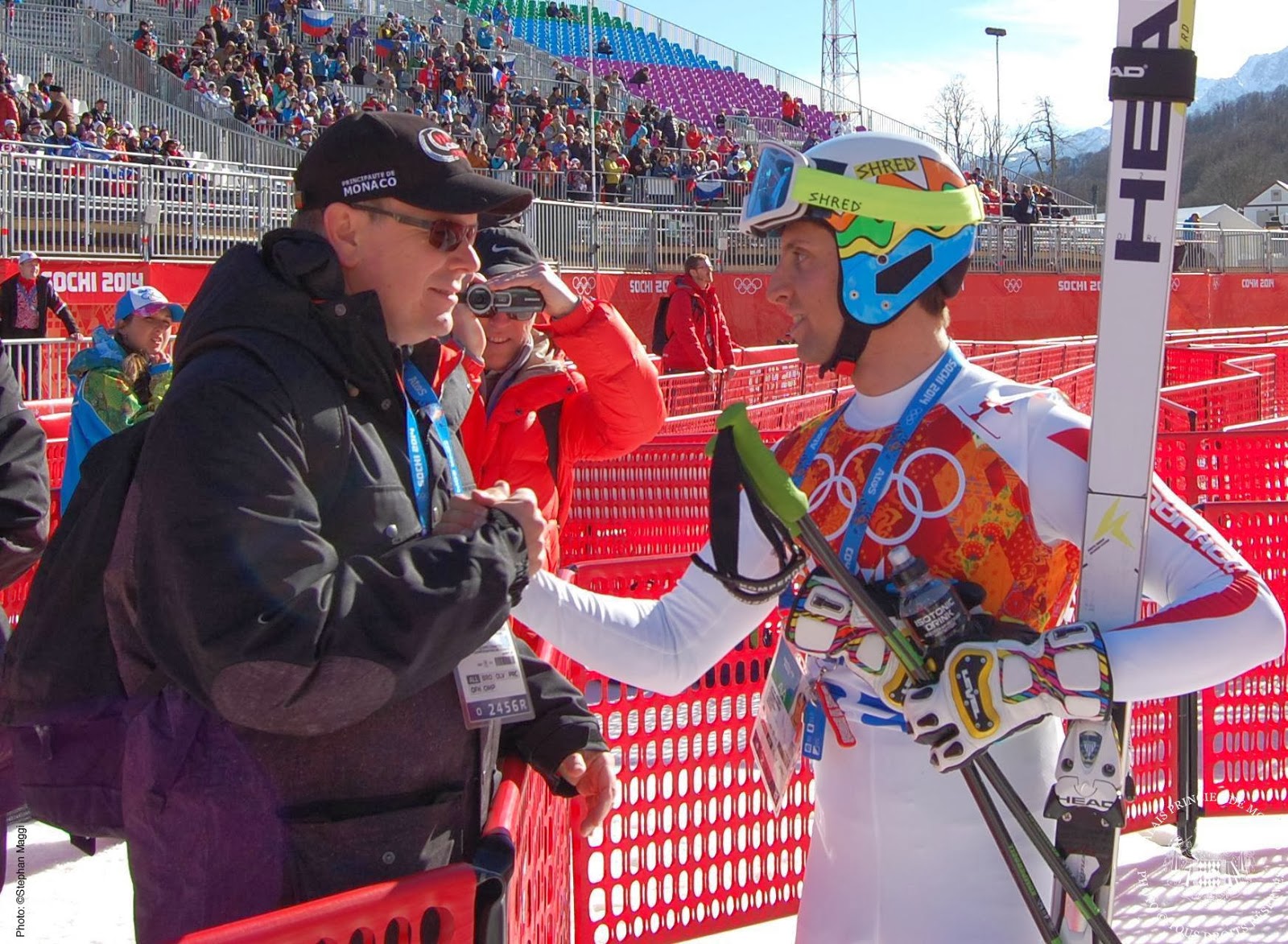 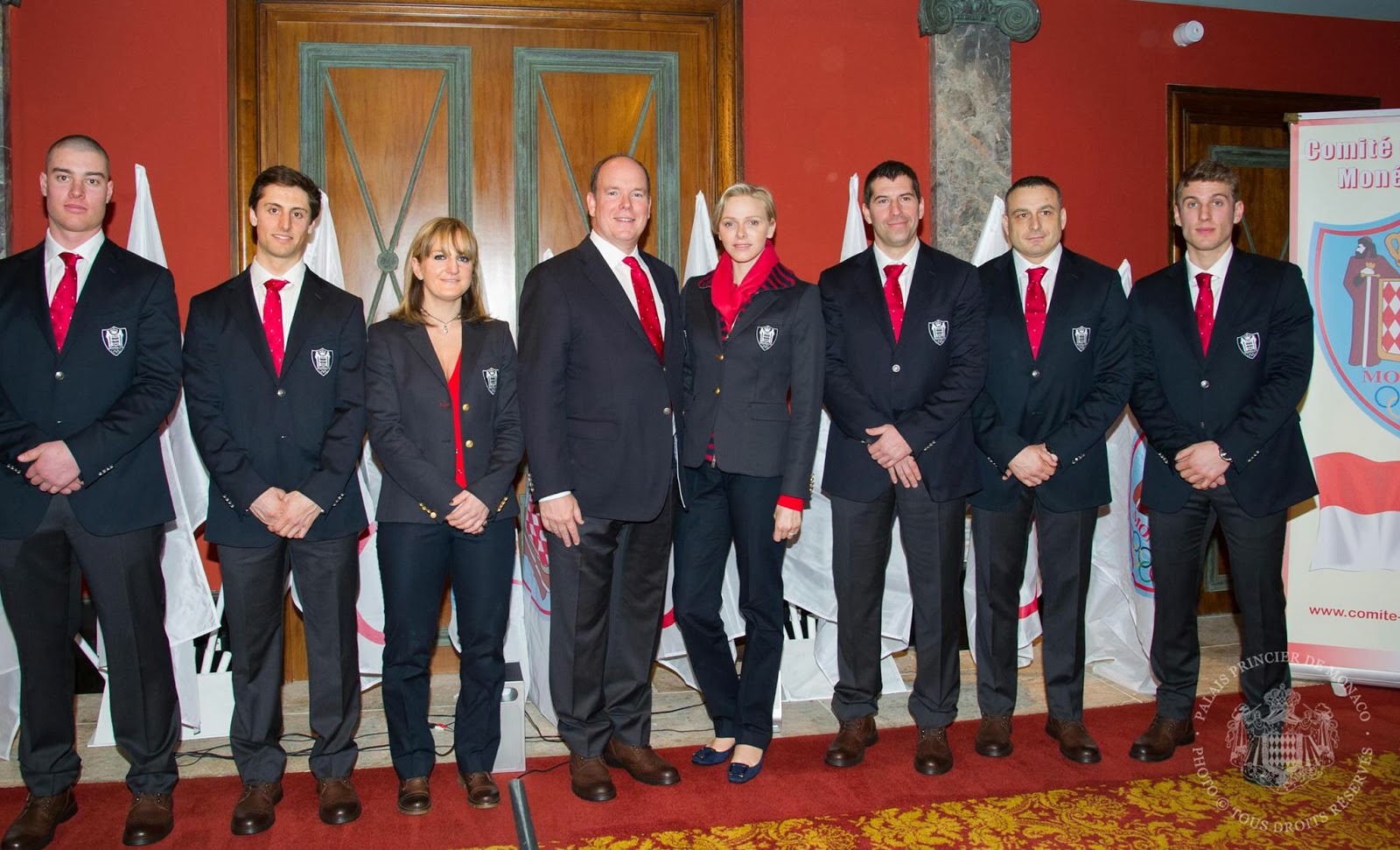 Posted by MadMonarchist at 11:47 AM No comments:

A Tiara of Princess Grace 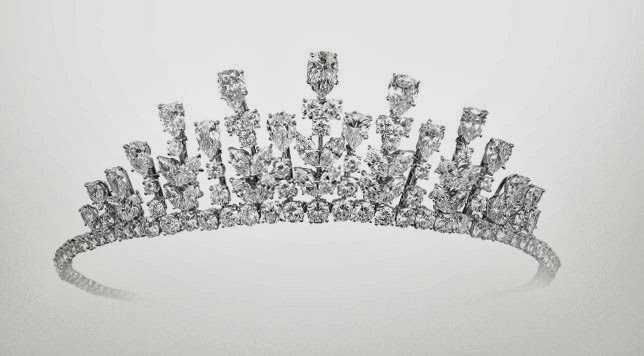 The Royal Digest recently featured a post on the Van Cleef & Arpel's tiara of HSH Princess Grace of Monaco. Made in 1976 the Princess wore it only once for the pre-wedding festivities of Princess Caroline and Philippe Junot. Check it out.
Posted by MadMonarchist at 4:06 PM No comments: 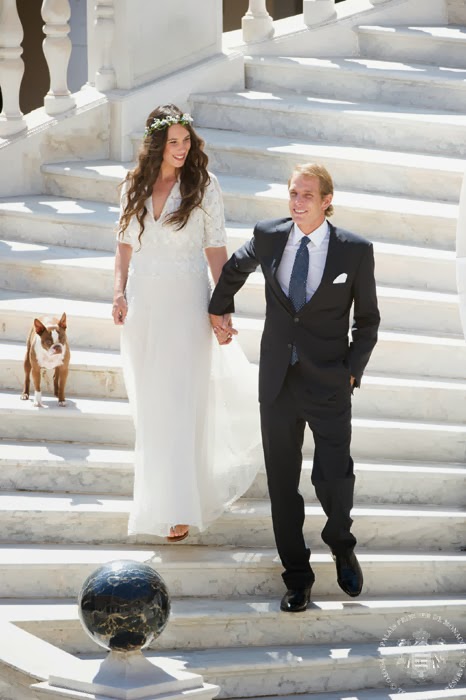 This past weekend it was all glitz and glamour for the second wedding of Andrea Casiraghi and Tatiana (technically Casiraghi now) Santo Domingo. It was a far cry from their first, low-key, exchange of vows in Monaco. The reception was held at a Swiss resort with a star-studded guest list and such activities as a fondu party and a torch-lit ski down the mountain. Tatiana wore a Valentino wedding dress and both returned to the hotel wrapped in white furs in a horse-drawn carriage. The bride walked down the isle in an 11th Century convent founded by the Order of Cluny on a carpet of rose petals to the serene sound of “Ave Maria”. The day before the ceremony the couple also appeared at the church of St Joseph to have their son Sacha baptized into the Catholic Church. Congratulations to the new little Christian. The wedding sounds (no photos so far) like a great mixing of Old World charm and modern day celebrity. I was rather surprised at how traditional it all seemed for a couple that has mostly been known for doing things in their own way, and it sounded lovely ("traditional" is not a bad word around here). Princely uncle and aunt Albert II and Charlene were there of course as was little brother Pierre, sister and new mother herself Charlotte Casiraghi (along with her baby-daddy Gad) but of course pride of place went to the mother of the groom HRH Princess Caroline of Hanover. Others on the guest list included royals and celebrities from Prince Nicholas of Greece to Hollywood star Uma Thurmon. We wish them the best, especially since Andrea is next in line to the throne of Monaco until Prince Albert and Princess Charlene get busy and do their duty. And, yes, that was a not-at-all subtle hint!
Posted by MadMonarchist at 3:32 AM No comments: