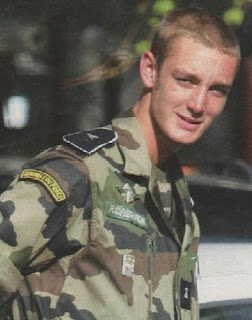 Pierre Rainier Stefano Casiraghi is the youngest child of Hereditary Princess Caroline of Monaco and her late husband Stefano Casiraghi. As things stand now he is the third in the line of succession to the throne of Monaco behind his mother and his older brother Andrea. He was born on September 5, 1987 at the Princess Grace Hospital in Monte Carlo, Monaco. He was named after his great-grandfather (Prince Pierre), his grandfather (Prince Rainier) and his father Stefano Casiraghi. His godparents were his uncle Prince Albert II and his aunt Laura Casiraghi. He is currently at university in Italy where he is studying economics, presumably to take over the family business of his late father which is currently managed by his uncle Marco Casiraghi. In 2008 he went through basic training with the French army. He speaks French, Italian and English fluently as well as a little German and enjoys playing the saxophone. Although sometimes overshadowed by his older brother Pierre has certainly attracted his own fair share of media attention, most of which revolves around his wealthy lifestyle and succession of stylish socialite girlfriends. Evidently it is news to some people that rich families live well. One of his more recent and popular girlfriends has been the Italian aristocrat Beatrice Borromeo. On the whole he has shown the ability to accomplish his goals and to enjoy life as it comes that epitomizes the Princely Family of Monaco.
Posted by MadMonarchist at 12:13 AM