Prince of Monaco in Russia 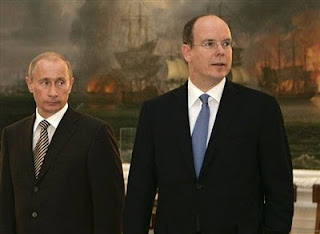 HSH Prince Albert II of Monaco, who was recently ranked the 28th most visible world leader, alongside the Pope, the Dalai Lama and President Obama, by the Reputation Institute, arrived today in Archangel, Russia to attend the conference titled, "The Arctic: Territory of Dialogue" (I think you can figure out what will be the object of discussion there) alongside such political leaders as President Olafur Ragnar Grimsson of Iceland and Prime Minister Vladimir Putin of Russia. This is a good occasion to look back and the long history of Russo-Monegasque friendship. 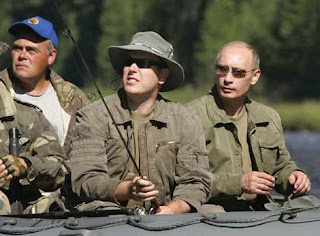 Prince Albert and Vladimir Putin on a fishing excursion 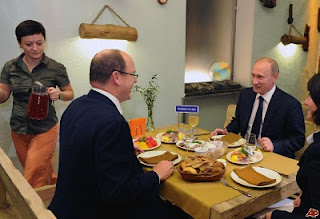 Vladimir Putin and Prince Albert have an informal lunch 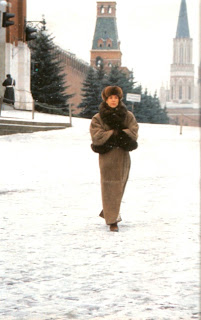 Princess Caroline in Red Square on a past visit﻿
Posted by MadMonarchist at 7:43 AM