More Bad Signs for the Hanovers 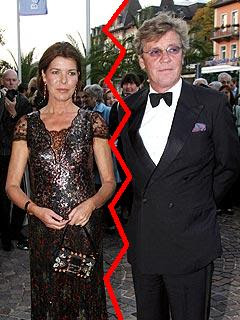 New signs that the marital situation of the Prince and Princess of Hanover are even worse and not about to improve. HRH Prince Ernst August V was photographed again recently with his pramour, now identified as Moroccan publicity-event manager Myriam I. age 41 (the Prince is 55). The two were spotted getting romantic at an elite Austrian ski resort and the Prince is said to be taking legal action against the magazine that first published photos of the pair frolicking in the surf at Phuket, Thailand. It should be noted that the Prince and Princess of Hanover's 11th wedding anniversary is only a few days away and is also Princess Caroline's 53rd birthday. Something tells me this year's anniversary will not be a cause for much celebration for the Hanoverian couple. This has sparked new rumblings about if or when one of the two will file for divorce. It is a shame any time any marriage falls apart, especially when children are involved (thankfully in this case Princess Alexandra seems happy and sheltered with her mother in Monaco) but as far as Prince Ernst's deplorable public flaunting of his wedding vows, unfortunately Mad for Monaco is not the least surprised. Whether the pair divorce or come to some sort of an understanding and remain simply apart, I only hope they can remain cordial and act in such a way as to minimize the damage to Princess Alexandra. Whereas my sympathies are quite naturally with Princess Caroline, it has to be said that she should have known what sort she was getting when she became involved with him in the first place. There's more truth than poetry in the old saying, 'if he cheats with you, he will cheat on you'.
Posted by MadMonarchist at 4:23 PM