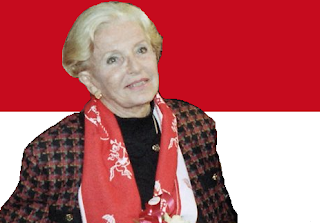 2011 has been a busy year for Monaco and the Princely House of Grimaldi. In January, Prince Albert visited the Middle East, the Circus visited Monaco and Princess Caroline showed how good you can look at 54 (provided you are blessed with the proper genes). In February Princess-to-be Charlene returned to her native South Africa and did some swimming for charity and Prince Albert talked about the environment. In February the Prince came to the United States but later in the month tragedy struck with the passing of Princess Antoinette, Baroness de Massy, who had celebrated her 90th birthday only the month before. Monaco went into mourning and the Casiraghi Trio carried the proverbial torch at the Rose Ball which the senior members of the family did not attend. Before the month was out the Portalis Institute made the Sovereign Prince an honorary doctor. Sounds nice doesn’t it? “Our Prince, the doctor”. In April, Charlene officially joined the Roman Catholic Church (being an Olympic swimmer, swimming the Tiber was surely no chore). Prince Albert II and Charlene visited Ireland, the homeland of Princess Grace’s Kelly ancestors and later Prince Albert and his bride-to-be attended the grand royal wedding of Prince William to Catherine Middleton in London (taking down notes the whole time I’m sure). 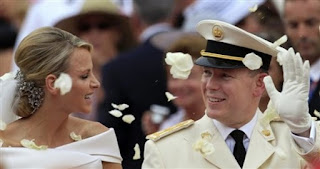 The month of May saw Prince Albert jet down to South America and saw racing fans from all over the world gather in Monte Carlo for the 2011 Monaco Grand Prix. In June the Sovereign Prince visited Estonia and Charlene was named Global Ambassador for the Special Olympics. Albert and Charlene were featured on their own new stamps, Charlene appeared in Vogue magazine and the wedding preparations reached a frenzied pace. In July the big day came as Charlene Wittstock officially became Princess consort of Monaco in a fantastic, open-air wedding in the courtyard of the Princely Palace. Despite the efforts of a few malcontents and some stunning examples of yellow journalism, the day was a great success. The royal houses of the world were well represented and the people of Monaco were front and center to see the day many thought would never come, when the bachelor Prince of Monaco finally married. After the wedding the couple were off to South Africa for some Olympic business and later a secluded honeymoon. Princess Stephanie carried on just fine on her own at the Fight AIDS Monaco summer gala and later an upset Prince Albert took aim at the disreputable practices of the gossip-peddlers in the media who had tried so hard and so unsuccessfully to spoil his wedding day. One French magazine editor at least responded with reason and maturity -nah, just kidding, he actually called for Monaco to be invaded and taken over by France. That should show everyone just how credible he is! 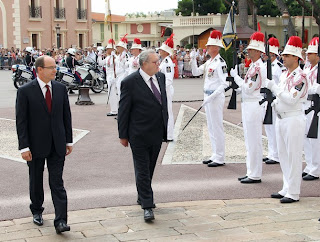 In August, the Grand Master of the Knights of Malta (of which Albert is a member) came for a visit. The new Princely couple made a grand splash at the Red Cross Ball and a long-time anti-Monaco blogger (with an obsessive hatred of the Prince and all of his friends) was given a judicial smack-down by the French legal system. His effort to sue the entire country of Monaco was thrown out by the French court in September. Also that month, Prince Albert visited the Caucasus nation of Georgia followed by a visit to Mother Russia itself for an environmentalist conference in Archangel. Princess Stephanie, along with daughters Pauline and Camille visited Russia in September as well for the “Contest of the Circus Arts” at the Tenth International Youth Festival. Princess Caroline was busy in October, honoring the choreographer Robert Wilson who produced a musical on the life of Princess Grace and handing out the awards for the Prince Pierre Foundation. The President and First Lady of Croatia came to visit the Palace, Prince Albert and Princess Charlene went to Nepal and, in one of my favorite stories, a drunken Frenchman was sentenced to six days in jail for insulting the Sovereign Prince when the bar he stumbled into would sell him no alcohol. After sobering up the man apologized and said he was really quite fond of our Albie so we’ll let it go at that. 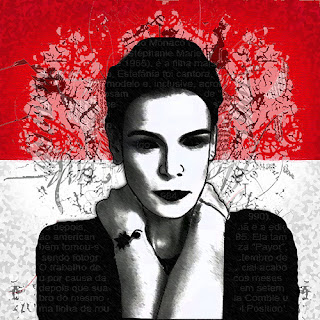 November had plenty of the usual appearances, visits, award ceremonies and the like for the Grimaldis. Prince Albert and Princess Charlene made their first trip to the United States as husband and wife, Princess Stephanie gave some nosy photographers an eye full on vacation and the Monegasque all came out for National Day to celebrate six years on the throne for Albert II. In December, Princess Stephanie put in extra duty for the week of World AIDS Day, Prince Albert attended an environmentalist conference in South Africa and Princess Charlene inaugurated her own charitable foundation which will focus on children followed by a happy round of the usual Christmas traditions. All in all, 2011 has been a great year for the Grimaldi family and the monarchy of Monaco. There was the occasional unpleasantness but, in the end, Prince Albert prevailed over his antagonists. The loss of Princess Antoinette was, no doubt, the lowest point but, given her age and infirmities, hardly unexpected. The crowning event, without question, was the Princely wedding, a glamorous and happy occasion many thought they would never see. Despite their detractors, Prince Albert and Princess Charlene have gotten off to a great start and in a year in which most of the rest of the world has known one crisis after another, Monaco has sailed on relatively unscathed with her Sovereign Prince at the helm, his new Princess by his side and with Caroline and Stephanie, each in their own unique way, serving their country, serving others and supporting their brother as only they can. Overall, a good year. Here’s hoping 2012 will be even better.

Happy New Year wishes to one and all and thanks for reading
Mad for Monaco.
Posted by MadMonarchist at 12:35 AM

Email ThisBlogThis!Share to TwitterShare to FacebookShare to Pinterest
Labels: 2011, review