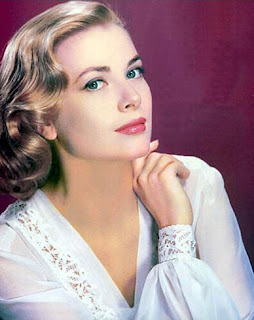 It was 27 years ago today that HSH Princess Grace of Monaco left this mortal coil one day after being in a horrific car crash with her daughter Princess Stephanie. The conclusion reached after subsequent investigations is that the Princess consort of Monaco had suffered several minor strokes before another larger stroke caused her to lose control of the vehicle she was driving while her and her youngest were on their way home to Monaco. She was unconscious when she was pulled from the wreckage and never came to. Princess Stephanie suffered a severe neck injury that prevented her from attending the funeral as Monaco mourned their glamorous princess and the United States mourned one of its most famous celebrities and native daughters. Princess Grace was one of a kind and the world has never seen her like since. As an actress she remains one of the great icons of the Golden Age of Hollywood and as a princess the very image of style, civility, kindness and, in a word, grace. At her funeral her fellow acting legend and longtime friend Jimmy Stewart said, "You know, I just love Grace Kelly. Not because she was a princess, not because she was an actress, not because she was my friend, but because she was just about the nicest lady I ever met. Grace brought into my life as she brought into yours, a soft, warm light every time I saw her, and every time I saw her was a holiday of its own. No question, I'll miss her, we'll all miss her, God bless you, Princess Grace." In her last television interview Princess Grace said, "I would like to be remembered as a decent human being and a caring one". I think it is more than safe to say that she accomplished that.
Posted by MadMonarchist at 12:04 AM