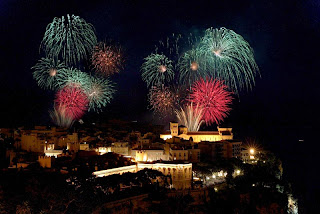 Justice has been served on the now legally certified liar and professional pain in the gluteus maximus from Los Angeles who has spent his retirement harassing the Prince of Monaco and pretty much anyone in any way connected with him. You may recall, the fellow in question tried to extort a million dollars from the Prince (claiming to be a “spy”) and then sued the Prince for breach of contract, a lawsuit that was swiftly slapped down. Since then this cranky old man with no life and a severe case of the ‘not gays’ with a burning obsession over our Sovereign Prince devoted his every waking hour to insulting, smearing and besmirching the character of the Prince and any and everyone around him. He also ‘carpet bombed’ every blog, forum and message board dealing with Monaco in an effort to spread his hate-filled rants and fling juvenile insults at anyone who dared to disagree with his accusations.

More judgments are to be expected in September, October and December, delayed so that the mud-slinger in question can present himself to the court and make his case. However, don’t hold your breath for that to happen as he’s ducked into his shell like a frightened turtle. Since the court ruled that he would have to pay an additional 5,000 euros per day for any offending material remaining on his blog he quickly removed it but while still protesting his innocence of course and how, despite the legal findings, still claiming everything he says is “true”. His blog now mostly consists of advertisements for his own books. He has also refused to accept his summons to court and refused every effort at communication by the court. Which of course is exactly what someone would do who is being unjustly accused right? No, there is no way this guy is getting anywhere near a court of law unless he is dragged in in handcuffs. However, it is safe to say that he will not be visiting the continent of Europe any time soon -at least not willingly, and his war of insults against the Principality of Monaco has been muzzled.

The leading liar and captain in the tin-foil hat brigade seems very worried about the findings against him despite his assertions that it is all false and the courts have no jurisdiction over him (why remove the stuff from the website then?) and has put a halt to his war of words with Monaco. However, that does not mean he has turned over a new leaf and decided to become a happy, laid back retired gentlemen. No, it just means he has taken to flinging juvenile insults at the news outlet which released the information about the judgments against him. That would be the article here. As they say, a leopard cannot change his spots and neither can a cranky old man with skin thin enough to see through. To sum up: Prince Albert -1, cranky media whore -0.

Posted by MadMonarchist at 12:23 AM